How to reuse plastic garbage

Boot sole repair. Stick it to the sole instead of worn heel.
Compact storage. Plastic can take much space when stored and not used. So we can cut it in flat sheets by simple scissors. Flat sheets joined together do not take much space. Another form can be achieved via heat gun - melt it but do not burn it. Preferably hold the breath while melting because of harmful exhaust.
Donate to recycle trash can.
Enforce other stuff. Enforce plastic boxes e. g.
Make a box.
Repair other plastic things. With a heat gun, we can melt (weld) plastic to plastic. As a tool, use soldering iron. Here is an example how to do that. See also the post about plastic welding.
Repair shoes. With a heat gun.
Melting into... clothes buttons, toys etc. See also: how to melt plastic.

Bird feeder.
Broom. We can cut a bottle into stripes. Then tie them into a broom. 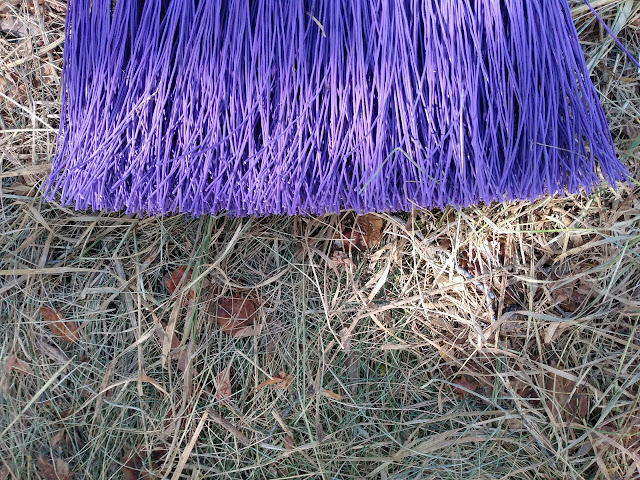 Cans. Any plastic bottle can be easily cut into a can for storage of something. Like bolts and nuts e. g.
Funnel. If the bottle neck is thin enough, it can be used as a funnel.
Garbage bin.
Pots. For flowers or other plants.
Ropes. We can cut a tape from plastic bottles and use it as a rope.

Cover for car seats. If plastic film is big enough it can be used to cover the car seats. And like cardboard the film also protects against liquids.

Filler for the toilet. See infra.

Handkerchiefs. One time or many time uses.

Heat insulation. Polyethylene  film is good heat insulation material. Film is lightweight and flexible - thus we can sew it up to the interior side of the clothes. Or crumple it.

Fabric - use it as a a fabric. If the plastic film is hard and strong enough we can use it to enforce pockets, sew up to other parts of clothes.

Laminate paper and cardboard. We can do that manually, with iron and piece of fabric (watch YouTube). We can laminate folders for sorting out the garbage. See more about laminating here.

Make bigger film. We can stick together multiple small pieces of plastic film. Iron is needed for that. We can apply iron to film even without a fabric layer.

Napkins. Not the best option because paper napkins are more convenient for use. However we can use plastic wrap as a napkin also if there is no other alternative. 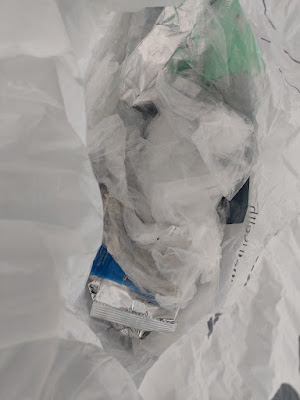 Pillows. We can fill pillows with crumpled plastic film.

Plastic envelopes. With heat gun or tape, we can stick envelopes out of the plastic film. We can do plastic folders also.

Ropes. We can weave a strong rope out of plastic film. We can fold film in multiple layers (lines). Or we can cut multiple strips out of the film sheet. And then weave them together. Then we can melt ends of the rope.

Scrub Sponge. We can crumple (fold, squash) plastic film and use it to scrub the dirt from toilet, sink etc.

Tape. If heated and pressed with iron, plastic film can stick to a surface. This is relevant for hard (fat) plastic film (not thin). Example of the fat film is store label (sticker) with the bar code.

Trash bags. We can place big piecei of plastic film onto the metal ring effectively making it a trash bag.

Reuse as a floss again. Soak in some disinfecting liquid and reuse again. I personally do it by washing it with water after every use. My teeth are still alive.
Thread. To sew up something.
Folders 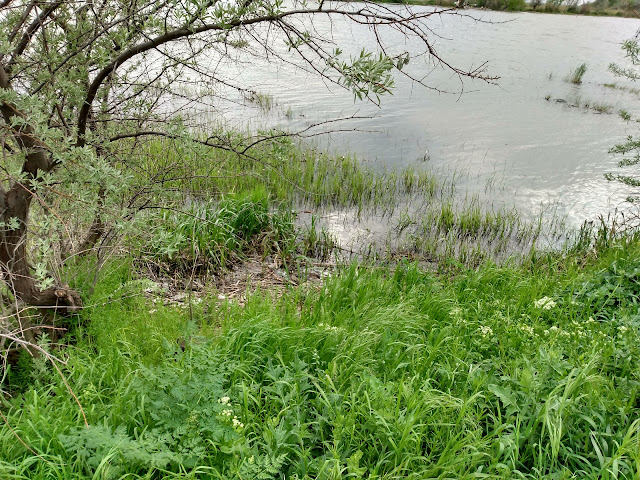 Grocery bag. Save nature by avoiding using plastic bags. Instead, use reusable bag made of screen. We can sew it up.
Rope. We can use screen as a rope. 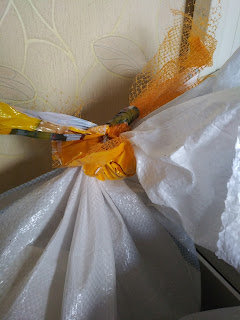 Make longer ropes by melting them together. 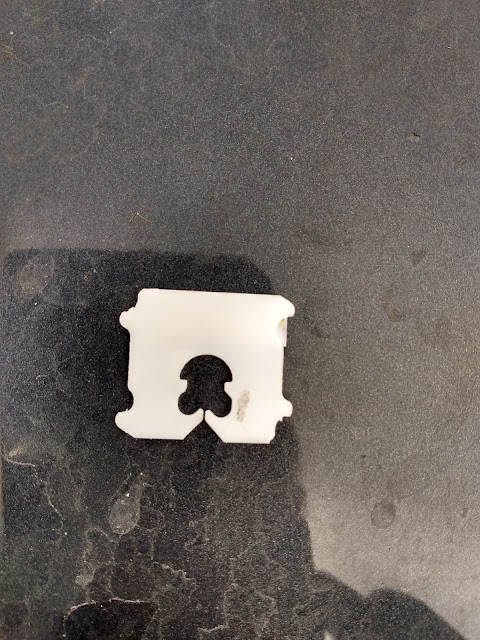 Clothespins for clothes drying. I personally use them this way. 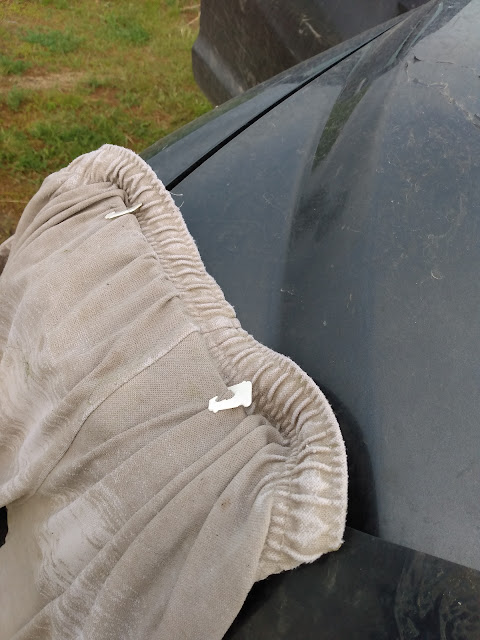 Staples for cable. To fix a cable on a wall using staples and pins.
Filler for the toilet. See infra.

Source: Packaging materials, one time dishes etc.
Heat insulation. Crush it and fill puffer jacket or house walls with it. Styrofoam is known as a great heat insulation material.
Glue. There is a way of how to make a glue out of styrofoam (polystyrene). Google it to find out more. The algorithm is as follows:
1. Prepare requisites:
- Make sure the room is well ventilated. Toxic and harmful gas will exhaust during the process.
- Get some gasoline (petrol) - a bit, half a cup.
- Get some polystyrene
- Get a small glass bowl
- Get wooden stick or plastic spoon
2. Mix gasoline and styrofoam in the glass boil. The styrofoam should dissolve as a result of interaction with gasoline. Use wooden stick to mix the styrofoam in the bowl.
This glue can be used for sticking wood to wood, glass to metal, glass to glass, plastic to plastic.
Pillows. We can fill pillows with Styrofoam.

Filler for the toilet. See infra.
Putty knife. Plastic sheets are flexible enough to be used as a putty knife. They can be joined with a lid from metal can, to make the putty harder.
Protection. Small plastic sheets can be sticked together via tape, duck tape or even needle and thread. Than we can use it to enforce anything- clothes, electronics cover etc.

Bottle handlers. Apply multiple lawyers of tape around the bottle to make it stronger. 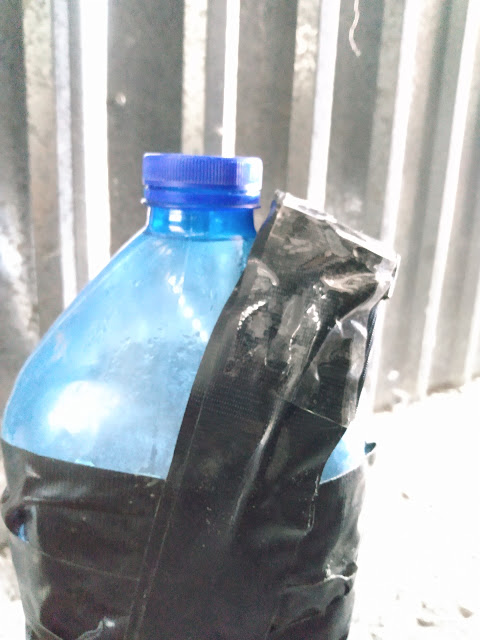 Enforcement. Both regular tape and duck tape can be used. Last one is even better and stronger.Both new (in case of surplus) and used tape can be used and reused. Used tape is still sticky and can be applied thus. Even if it is cut in small pieces or it has a glue gaps in within, we still can make a strong and reliable surface out of it. Just apply numerous lawyers one above each other. One twig is not reliable however numerous twigs build up strong broom. One thread is weak, however numerous threads build strong rope.

When multiple lawyers of tape are applied, it acts as a strong and at the same time flexible material. Flexibility results in amortization and protection from accidentally falling down or hitting.

Strength of multiple lawyers is a known principle in manufacturing process. It is used when making plywood and fiberglass. Plywood is nothing but multiple thin lawyers of wood. Fiberglass is also made of thin fiber pieces.

It is preferred if the item to be enforced allows tape to make a full circle. E. g. a bottle or a box. Bad example is a big wall of the room - we can stick used tape there, it will be flat without a full circle, so it will not be reliable and can fall out this.

It is better to apply tape immediately after we take it out from the previous surface. Otherwise later it becomes crumpled and difficult to unfold.

E. g. the following items could be protected:

Painting. Used tooth brush that is not good for brushing teeth anymore can be used at home yet. We can apply  some liquids with a toothbrush such as rust converter, paint etc.
Posted by Oleg at 7:21 AM